SPOILER ALERT! If you haven’t watched this movie and have the intention of doing so, I discourage you to read the plot of the story.

My Neighbor Totoro is a well-known Japanese animation film for children (and maybe for adults too) that was released in April 16, 1988 originally in Japan. It runs for 86 minutes, and was directed, screen played, and written (storyboard) by Hayao Miyazaki. It was also made possible by Studio Ghibli, a famous Japanese animation film studio. 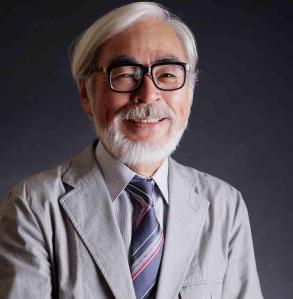 The plot of the story was about a family moving to a house in the province, finding out that the house they’d be staying in was also resided by ghosts or spirits. The mother of the family was admitted in a hospital even before they moved to the province. It was convenient for them since the province where they moved in was nearer to the hospital. Mei and Satsuki were adventurous and hardworking, doing every task that was asked of by their father who was a university professor. Mei and Satsuki became friends with the spirits that were living in the house and in the camphor tree found near their home. The spirits were named totoros. Unexpectedly, the totoros can be of great help in their life as a family during the run of the story. As additional information, it was set during the 1950s.

The film as a moving image narrates a story. The way that My Neighbor Totoro was narrated as a story through film and animation was surreal. It appeals a lot to the children and young adults because of its flavor of fantasy and adventure. Miyazaki, writing a story that clashes the spiritual world and the real world, was successful of depicting his beliefs as Japanese – their religious belief called Shintoism. For a brief background about Shintoism, it is a religion wherein one worships nature spirits and ancestors (The American Heritage Dictionary). There’s another character in the story that showed a Japanese legend – the cat that shape-shifted into a bus. So, the film shows a culture of the Japanese through its characters.

The Sisters and The Spirits
via IMDB

Despite of what happened in Japan during 1950s, Miyazaki was able to create an entertaining and joyful animation-film. During the 1950s, Japan was recovering with their freedom from the American colonization, and some devastating news was happening like the riot between policemen and pro-Communist demonstrators. Miyazaki’s My Neighbor Totoro was an imagery of the peaceful Japan, the pre-modernized country. The film was also a personal nostalgia of the writer, the time when he was still a child. Miyazaki personally gives importance to the silence that comes in between scenes, as how he said it in an interview: “The people who make the movies are scared of silence, so they want to paper and plaster it over… What my friends and I have been trying to do since the 1970’s is to try to quiet things down a bit; don’t just bombard them with noise and distraction. And to follow the path of children’s emotions and feelings as we make a film.” (rogerebert.com). The animation-film was also considered as an open floor for the diversity of audiences with regards to their culture and beliefs, wherever they may be.

Just as what My Neighbor Totoro showed to the audience: its fantasy and/or reality, the beliefs ingested within the story – how open and flexible enough are we to accept one another’s beliefs? As for the aspiring filmmakers or animators, are we scared for silences in between scenes – scared that the audience may get bored, and forgetting the essence of how a film should penetrate the people’s emotions?