The Surface of The World: Architecture and The Moving Image

Our school is having an ongoing exhibition at our very own contemporary art museum, MCAD (Museum of Contemporary Art and Design) called:

the surface of the world
ARCHITECTURE AND THE MOVING IMAGE

It runs from June 06, 2014 until September 27, 2014. If you are from Manila, Philippines or from abroad, you are very welcome to view the exhibition. It has free admission, too! Click here and here to know more about the details of the exhibit. 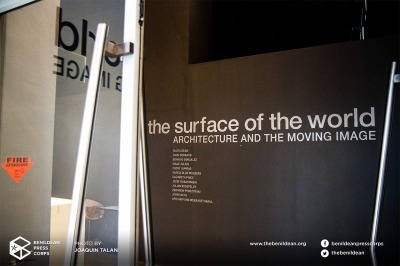 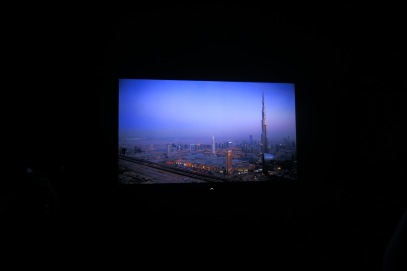 The first art piece that caught my attention was Isaac Julien’s Enigma (2014). It is a time-lapse composite of 2500 still photographic images shown from an LCD TV on a wall. At first, I was not able to notice that those were a series of photographs. It amazed me to read the art piece definition after staring at it for a couple of minutes. It showed the city of Dubai and the activities that happen to it within 24 hours from a distant point of view. Thinking about how the artist was able to compile thousands of photographs from a semi-bird’s eye view was exemplary. Truly, technology is continuously developing throughout the world, even in the field of the arts. Being included in the exhibition, Enigma was the only time-lapse composite art work that showed a landscape of the city of Dubai. But knowingly, it is not an ordinary landscape time-lapse composite images. It suggests a deeper meaning about Dubai and its economy.

The Surface of The World exhibition suggests that the architecture of structures became part of the environment of us, human beings. Film or the “moving image” has its own boundaries within the building structures. But does it really mean that the artists can be bounded by these things or will they creatively perceive the world around them? In Isaac Julien’s Enigma, he represented the idea of capitalism (in terms of Economics) at the city of Dubai. Within that not-totally-a-landscape art piece, the city was shown as alive: the people in it and the buildings. What made these buildings among the vast field and ocean in Dubai city were the people who were existing in the photographs of the artist. But most of all, it is the capitalist system that made the city live like this. Isaac grasped the idea of capitalism in his art work, the Enigma which literally means mysterious.